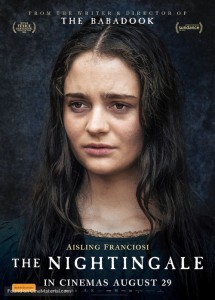 The Nightingale was written, directed and co-produced by Jennifer Kent (Source: Cinematerial).

Thanks to Hull Independent Cinema I recently got to see The Nightingale, the controversial Australian film written, directed, and co-produced by Jennifer Kent. Whilst it is definitely not right to say I enjoyed the experience, it is a very well-made and thought-provoking film that has led me to reflect on the nature of resistance against a much more powerful force. Against something as dominant at the British Empire, acts of resistance can often seem futile, but The Nightingale explores how these acts are still meaningful.

Set in 1825 in the British penal colony of van Diemen’s Land (now Tasmania), the film is driven by the story of Clare Carroll, played by Aisling Franciosi, an Irish convict who sets out for revenge after suffering horrific physical and sexual violence at the hands of British Army Lieutenant Hawkins (played by Sam Claflin) and his men. She recruits an Aboriginal man named “Billy” Mangana (Baykali Ganambarr) to help her track the British soldiers as they travel through the bush. At first Clare is suspicious of Mangana and is aggressive and racist towards him, but as the story progresses they come to realise that they have both suffered at the hands of the British, both in terms of themselves as individuals and the societies and cultures which they come from. A mutual respect and affection develops from this shared trauma. 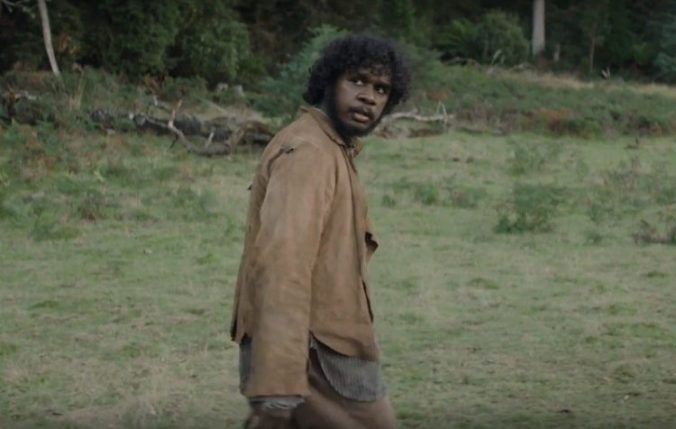 Baykali Ganambarr plays “Billy” Mangana, an Aboriginal man who has suffered at the hands of the British but makes a living acting as a guide for settlers and soldiers who do not know how to survive or navigate in the bush (Source: The Nightingale, 2018).

The Nightingale has been criticised for its graphic depictions of physical and sexual violence. The defense for this is it is an accurate depiction of how indigenous Australians and convicts were treated, and the film was made in collaboration with Tasmanian Aboriginal elders. The violence is shocking, and very difficult to watch, but I have no doubt that this kind of thing went on and I think it is important that the full horrors of British colonial rule in Australia and around the world are acknowledged. The acts of violence which the film depicts powerfully conveys a sense of how cheap indigenous and convict life was to the British army and most white settlers. Clare and Mangana do receive one or two acts of kindness, but even this is difficult for Mangana as he is forced to accept charity from settlers on land that by rights belongs to his people.

In the film, language is a form of resistance. Clare is known to the British soldiers as the Nightingale because of her beautiful singing voice, and on their journey both Clare and Mangana sing in their respective native languages, gaelic and palawa kani. The Irish and Aborigines both suffered systematic brutality that could arguably be classified as genocide at the hands of the English; both cultures and societies have been pushed to the very edge of existence. In these circumstances celebrating native culture becomes a powerful act of defiance. Even today, it is quite unusual to see native languages like this included in films, so it can arguably be classed as an act of resistance by the filmmakers as well as the characters. 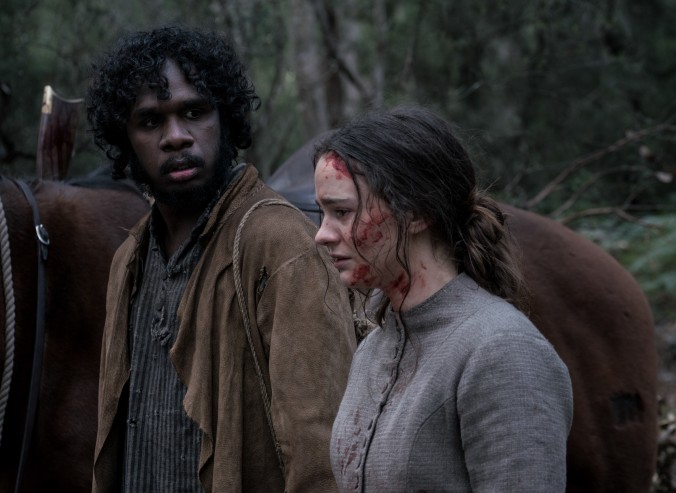 Clare and Mangana have had traumatic lives, and they also go through some awful things during the course of the film, but they seem to find some comfort in their respective native languages (Photo: The Nightingale, 2018).

The thing that struck me most about Clare and Mangana’s acts of resistance during The Nightingale is their futility. I left the theatre feeling desperately sad that there was no way either character would be able to achieve happiness, or even have a ‘normal’ life after the events of the film. Both characters had put up with a significant amount of injustice and abuse because to do anything about it would only make their lives worse. As the film progressed, both were subjected to experiences that made them abandon that attempt at self preservation. Another aboriginal man known as Charlie, the guide employed by Hawkins and his men, also reaches a similar breaking point and stands up to his oppressors. On one level, these acts of resistance are futile as well as self-destructive; they mean little in the face of the British imperial system. On another level, however, their actions are incredibly meaningful; Clare and Mangana both seem to find some kind of peace by the very end of the film. Clare, Mangana, and Charlie’s resistance may have been futile in the grand scheme of things, but it was absolutely necessary to them. They were under no illusions that their actions would overthrow British rule, and they did not seem to expect to survive their revenge mission, but they did it anyway. Resistance is about rejecting the way things are, but it isn’t always about trying to change them; it is often futile, but it is never meaningless.

The Nightingale is not a pleasant watch, and I wouldn’t recommend you sit down to watch it with a bowl of popcorn on a Saturday night. But it is a well-made and powerful story that I think needed to be told, and you should see it if you get the chance.