On a recent visit to Manchester I visited the northern branch of the Imperial War Museums (IWM) in Trafford. I liked the museum, and enjoyed making comparisons with the IWM site in south London. The IWM North was opened in 2002 as the IWM’s first (and only) branch in the north of England. It receives around 300,000 visitors a year. In comparison, the IWM London is visited almost one million times annually. The museum’s focus is people, and how they have been affected by conflict. 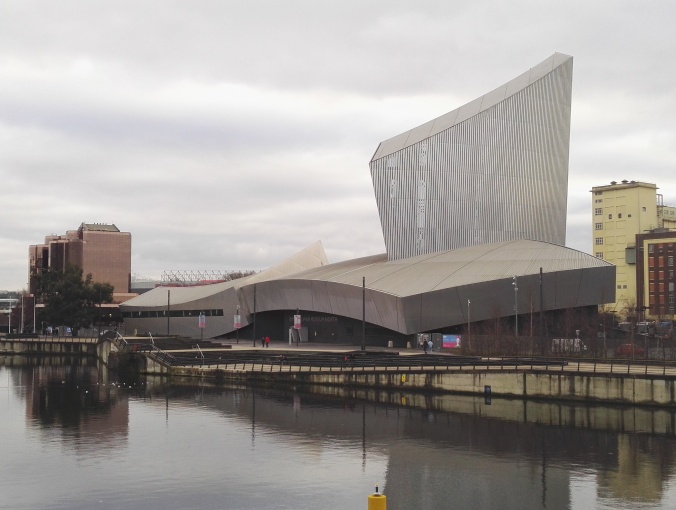 The Imperial War Museums North was designed to mimic the effects of war. The building is meant to represent a shattered globe (Photo: Hannah Awcock).

The IWM North is a striking, modern building, purpose-built and designed by Polish architect Daniel Libeskind, who also designed the Ground Zero site in New York. It is very different from the IWM London, which is housed in the former building of the Bethlem Royal Hospital in Southwark, built in 1815. The London building is flooded with natural light from the roof of the atrium, which stretches the entire height of the building. In contrast, the IWM North building was designed to be disorientating, in order to give the visitor a taste of the effects of war. There are no windows in the entrance hall or main exhibition space. It works; I didn’t like the interior of the building when I first walked in, it felt oppressive and disjointed. However, I thought the main exhibition space on the first floor was well-suited to its purpose, even more so when I discovered it was meant to be disorientating.

The permanent exhibitions are all housed in one space. They are arranged chronologically, from 1914 to the present. Dotted around the space are six ‘silos’, enclosed spaces that focus on specific themes such as ‘Women in War’, and ‘Impressions of War’. Every hour the entire space is taken over by ‘Big Picture’ shows, audiovisual presentations that fill the space with pictures and sounds from the IWM’s archival collections. The shows are immersive, and you have little choice to stop whatever you were doing and watch it. I quite like the idea that everyone in the space is watching, listening to, and thinking about, the same things. 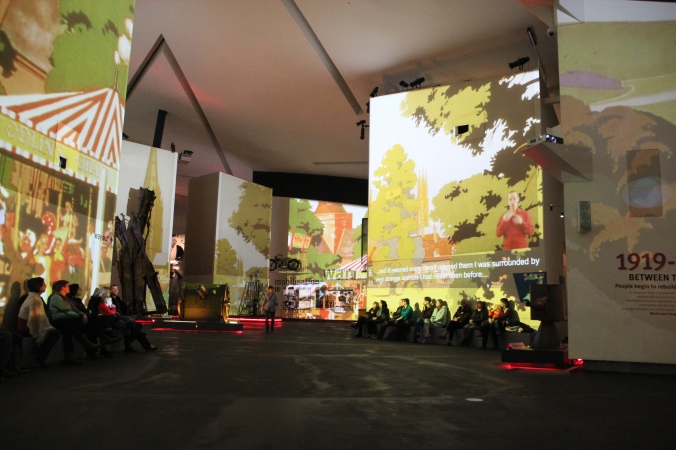 The museum’s use of artefacts feels minimal, with lots of text and open space. This is in sharp contrast to the Museum of Science and Industry (MOSI) that I had visited the day before. MOSI is housed across five buildings close to central Manchester, several of which are chock full of planes, cars, motorbikes, trains and engines of various kinds. In contrast, IWM North felt almost sparse. I prefer this minimal approach; too many objects can make it difficult to take anything in.

The curatorial decisions in any museum can be controversial, but the representation of conflict and war must be particularly difficult. In some ways I think the IWM North makes better decisions than the IWM London, for example it is more inclusive of conflicts in which the British armed forces were not involved. In other respects, the IWM North makes some decisions that I think could have been improved upon. Like the IWM London, there is very little information on conscientious objectors and peace movements. Most of what there is is located in the ‘Women in War’ silo, implying it is only women who object to war and conflict. Also, the museum has some steel from the World Trade Centre on display. Whilst I do not necessarily think that it shouldn’t be there, I do think there should be some explicit discussion of the relationship between terrorism and war. The ‘War on Terror’ is a very different kind of conflict from the World Wars, the Falklands War, or the Gulf Wars, but the IWM North’s display does not acknowledge this. 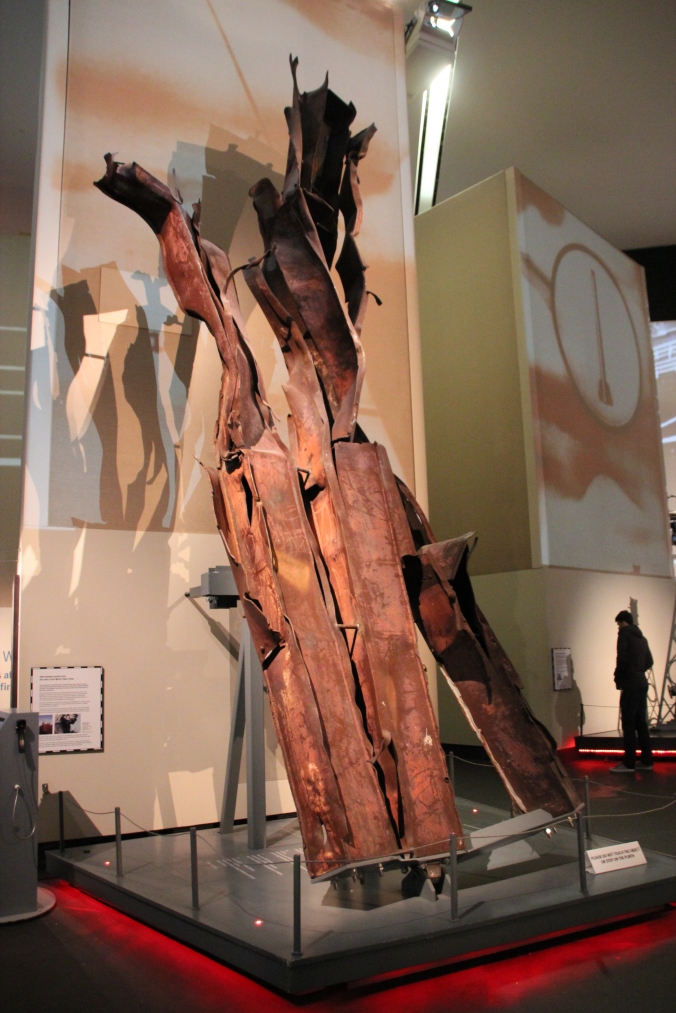 Part of the World Trade Centre on display in the main gallery space (Photo: Hannah Awcock).

Over three days in Manchester I visited three museums. The People’s History Museum, the Museum of Science and Industry and the IWM North are all brilliant, and well worth a visit. The IWM North is certainly the most innovative in terms of architecture and display, and although my favourite has to be the People’s History Museum (I am fully prepared to admit bias here), the IWM North has to be one of the most intriguing museums I have ever been to.

Museum of Science and Industry. “About Us.” No date, accessed 1 January 2017. Available at http://msimanchester.org.uk/about