Turbulent Londoners is a series of posts about radical individuals in London’s history who contributed to the city’s contentious past. My definition of ‘Londoner’ is quite loose, anyone who has played a role in protest in the city can be included. Any suggestions for future Turbulent Londoners posts are very welcome. Today I’m looking at Ellen Wilkinson, a radical politician who became the Minister for Education.

Ellen Cecily Wilkinson was an impressive woman. Rebellious and outspoken from a young age, she was a founding member of the Communist Party of Great Britain in 1920. As she aged, she either mellowed or suppressed her more radical side, rising through the Labour Party to become the Minister of Education in 1945, only the second woman to ever gain a place in the British cabinet.

Wilkinson was born on the 8th of October 1891 to a working-class family in Manchester. Her father encouraged her to read and learn, and she was academically accomplished. She got involved in politics young, joining the International Labour Party when she was 16. She also campaigned for the suffragist cause, handing out leaflets and putting up posters. She started teacher training college, but her unconventional teaching style was not appreciated and she left, deciding that teaching was not for her.

Teachings’ loss was politics’ gain. In 1910 Wilkinson won a scholarship to Manchester University, where she joined the Fabian Society and Manchester Society for Women’s Suffrage. She met many leaders of the radical left during this period, including the indefatigable Charlotte Despard. In her first year at university, she joined the executive committee of the University Socialist Federation, which was formed to unite socialist students across the country.

When she left university in 1913, Ellen got a job working for the National Union of Women’s Suffrage Societies.  She was also active in the Women’s International League for Peace and Freedom, and strongly opposed the First World War. The Suffrage movement was divided by the war, so in 1915 Ellen became National Women’s Organiser for the Amalgamated Union of Cooperative Employees (AUCE). She was the first woman they employed as an official. Here she fought for equal pay and rights for unskilled workers, which were often actively opposed by the better-off craft unions. Her time working for unions made her a skilled speaker and organiser. 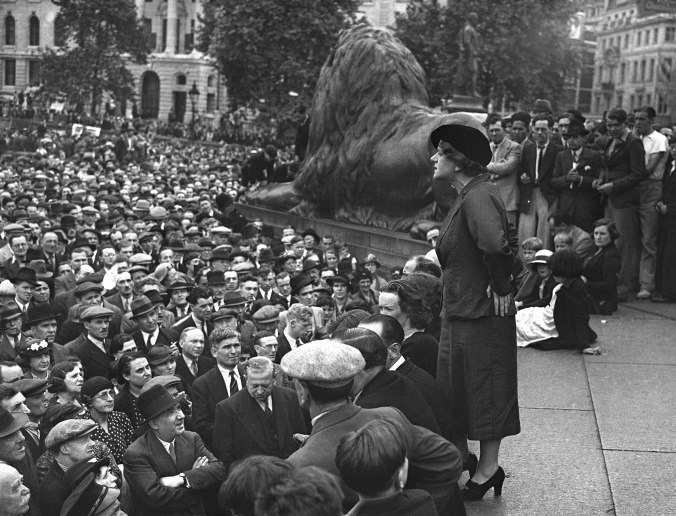 As with many of her contemporaries, Ellen was inspired by the Russian Revolution, and in 1920 she was a founding member of the Communist Part of Great Britain. She also remained in the Labour Party, but it 1923 the Labour Party stopped allowing membership of both, and Ellen chose to stay with Labour, criticising the Communist Party’s dictatorial methods. By this point the AUCE had merged with another union to become the National Union of Distributive and Allied Workers (NUDAW), who sponsored Ellen to run for Parliament. After several failed attempts, she was elected the Labour MP for Middlesborough East in 1924, under a Conservative government. She was the only female Labour MP in the 1924 Parliament.

In Parliament Ellen fought for women’s rights, opposed imperialism, and was a vocal supporter of the May 1926 General Strike. She was elected to the Labour Party’s National Executive in 1927, which gave her a say in Party policy. She campaigned for the voting age for men and women to be equalised, which was achieved in 1928. As the Great Depression struck Ellen continued to fight for worker’s rights, although she lost her Parliamentary seat in 1932.

She continued to campaign whilst out of office, and in 1935 she was elected as the MP for Jarrow, a small town in Tyneside which is known for the Jarrow March, which took place in 1936. Despite criticism, even from within the Labour Party, Ellen supported the marchers, and joined them for some stretches of the march. On the 4th of November she presented the marchers’ petition to Parliament, which contained 11,000 signatures. Although not immediately successful, it is thought that the march helped shaped future attitudes and policies towards unemployment.

A statue in Jarrow commemorating the Jarrow March. As Wilkinson was the only woman permitted to join the march, I assume this is supposed to be her (Source: Hannah Awcock).

During the 1930s Ellen travelled Europe attempting to combat fascism, and was critical of the government’s policy of non-intervention in the Spanish civil war. She was also strongly opposed to appeasement as a method of dealing with Hitler. She supported the declaration of the Second World War in 1939, but disapproved of the way Chamberlain conducted the war. When Churchill took over the government, Ellen was put in charge of air raid shelters and civil defence. During the war she became less radical, and was accepted by the Labour Party mainstream.

In 1945, Ellen Wilkinson became only the third woman to be made a privy councillor. After Labour’s landslide election victory, Atlee made her the Minister for Education. She focused on implementing the 1944 Education Act, which provided universal free secondary education and raised the school leaving age from 14 to 15. She was criticised as the system of the 11+ exams, and grammar, technical, and modern schools was seen as elitist. She stuck by her guns, arguing that the Education Act was the only realistic way of achieving positive change. As well as this, she also increased the amount of university scholarships and part time adult education, both positive steps forward. 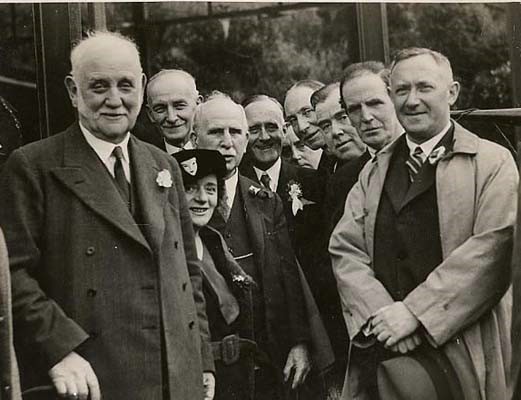 Ellen Wilkinson had to fight hard to succeed in the male-dominated world of politics (Source: Parliament.uk).

Ellen Wilkinson died in office on the 6th of February 1947. She had always suffered from bronchial asthma, and this killed her, exacerbated by heavy smoking, overwork and an overdose of medicine. Her death was declared accidental, but some still suspect that she committed suicide. Ellen was well known for her fiery hair and matching temperament, and even when her politics mellowed, her passion and conviction did not. She is particularly interesting in the light of the Labour Party’s shift to the left with the election of Jeremy Corbyn as Party Leader, and it will be interesting to see if he too moves towards the centre as his career progresses. Regardless, Ellen was an inspiring woman who carved her own political path in a world dominated by men, often in the face of heavy opposition. She fought hard for what she believed in, and proved that politicians can have principles.