London has been the subject of an untold number of maps over its long history, and now there’s one more. Maps serve many more purposes than getting you from A to B, they can also educate, entertain, and look good, as the maps featured below demonstrate. As a geographer, it’s basically compulsory for me to have an interest in maps, and I have always enjoyed looking at, and thinking about, them. 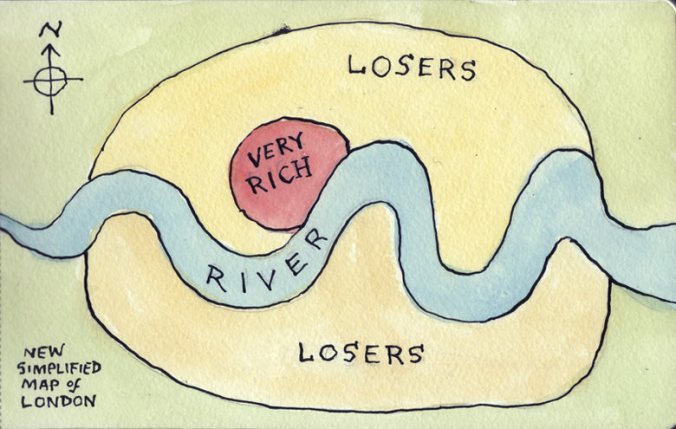 This map won’t help you find your way around London, but it does make a point, effectively and comically (Source: Nad). 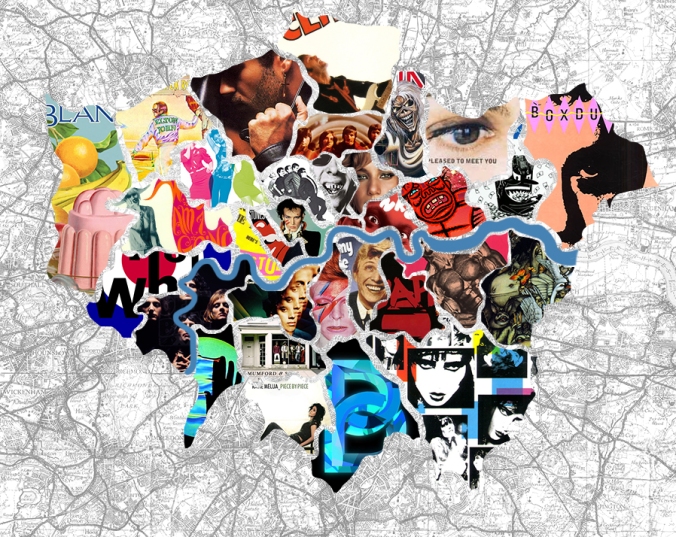 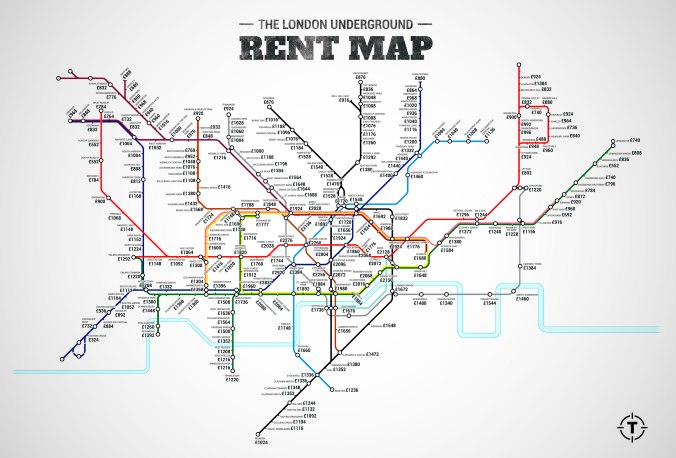 This map shows the average price of renting a 1-bedroom flat within a kilometer of each stop on the London Underground. Its purpose is to inform, and perhaps persuade people that something needs to be done about affordable housing in London (Source: Thrillist).

I have been thinking about the potential of mapping protest events and protest stickers for a while now. It can help build up an image of how protests and stickers are spread out across the capital. If you can identify areas of concentration for example, you can begin to think about why that might be. Unfortunately I haven’t had the skills to put this idea into practice…until now.

The map is far from complete; to map every protest that’s ever taken place in London would be a gargantuan task that I cannot feasibly do alongside a PhD (although it might make a good post-doctoral project!). I will keep adding protests as I mention them in the blog. Also, the spread of the protest stickers is biased to reflect my own personal map of London; I have more pictures from locations that I visit most often, and no pictures from the places I haven’t been to (or the places I went to in the dark- my camera phone has not always been up to scratch). Again, it would be a huge project to map protest stickers across the whole city (another post-doc idea!), so here I’m asking for a little help. If you’re out and about in London and see a protest sticker, please take a picture, take a note of the street you’re on and the date, send it to me, and I’ll add to the map. I would really like to start building a more complete picture of protest stickers in London.